Robin Hobb is the second pen name of novelist Margaret Astrid Lindholm Ogden (born 1952 in California) who produces primarily fantasy fiction, although she has published some science fiction.

From 1983 to 1992, she wrote exclusively under the pseudonym Megan Lindholm. Fiction under that pseudonym tends to be contemporary fantasy. In 1995, she began use of the pseudonym Robin Hobb for works of epic traditional European Medieval fantasy. She currently publishes under both names, and she currently lives in Tacoma, Washington. As of 2003 she had sold over 1 million copies of her first nine Robin Hobb novels.. She is currently working on a new novel set in the The Realm of the Elderlings, tentitively titled 'Dragon Keeper' 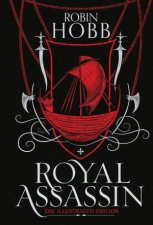 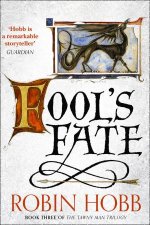 Assassin's Apprentice
by Robin Hobb
22.99
22.99
_% Off
RRP refers to the Recommended Retail Price as set out by the original publisher at time of release.
The RRP set by overseas publishers may vary to those set by local publishers due to exchange rates and shipping costs.
Due to our competitive pricing, we may have not sold all products at their original RRP.