Charles Roger Hargreaves (9 May 1935 - 11 September 1988) was an English author and illustrator of children's books, notably the Mr. Men and Little Miss series, intended for very young readers. He is Britain's third best-selling author, having sold more than 100 million books.

Hargreaves was born in a private hospital at 201 Bath Road, Cleckheaton, West Yorkshire, England, to Alfred Reginald and Ethel Mary Hargreaves, and grew up in High Lees, 703 Halifax Road, also in Cleckheaton, outside of which there now is a commemorative plaque. He spent a year working in his father's laundry and dry-cleaning business before starting out in advertising. But his original ambition was to be a cartoonist; and, in 1971, while he was working as the creative director at a London firm, he wrote the first Mr. Men book, Mr. Tickle. He initially had difficulty finding a publisher; but, once he did, the books became an instant success, selling over one million copies within three years and spawning a BBC animated television series, narrated and voiced by Arthur Lowe.

By 1976, Hargreaves had quit his day job. In 1981, the Little Miss series of books began to appear. It, too, was made into a television series in 1983, which was narrated by John Alderton, who, with Pauline Collins, voiced the Men and Misses, respectively. Although Hargreaves wrote many other children's stories, including the Timbuctoo series of twenty-five books, John Mouse, and the Roundy and Squary books, he is best known for his 46 Mr. Men books and 33 Little Miss books. 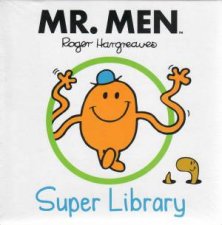 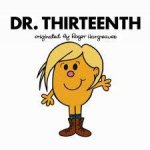 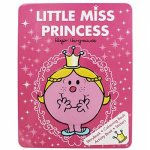 Mr Men: My Daddy
by Roger Hargreaves
12.99
12.99
_% Off
RRP refers to the Recommended Retail Price as set out by the original publisher at time of release.
The RRP set by overseas publishers may vary to those set by local publishers due to exchange rates and shipping costs.
Due to our competitive pricing, we may have not sold all products at their original RRP.