Salman Rushdie is the author of eleven novels: Grimus, Midnight's Children (which was awarded the Booker Prize in 1981), Shame, The Satanic Verses, Haroun and the Sea of Stories, The Moor's Last Sigh, The Ground Beneath Her Feet, Fury, Shalimar the Clown and The Enchantress of Florence, and Luka and the Fire of Life.

He is also the author of a book of stories, East, West, and three works of non-fiction Imaginary Homelands, The Jaguar Smile, and Step Across This Line. He is the co-editor of Mirrorwork, an anthology of contemporary Indian writing, and of the 2008 Best American Short Stories anthology.

He has adapted Midnight's Children for the stage. It was performed in London and New York by the Royal Shakespeare Company. In 2004, an opera based upon Haroun and the Sea of Stories was premiered by the New York City Opera at Lincoln Center. 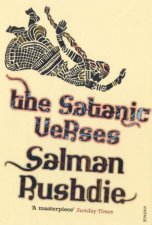 Haroun And The Sea of Stories
by Salman Rushdie
22.99
22.99
_% Off
RRP refers to the Recommended Retail Price as set out by the original publisher at time of release.
The RRP set by overseas publishers may vary to those set by local publishers due to exchange rates and shipping costs.
Due to our competitive pricing, we may have not sold all products at their original RRP.