Born Sandra Lynn Cox on March 12, 1948 in Waco, Texas, and was raised in Ft. Worth. She majored in English at Texas Christian University. Brown worked for KLTV in Tyler, as a reporter on PM Magazine, as a model in Dallas, and as a weathercaster for WFAA-TV in Dallas.

In 1968, she married Michael Brown, former television anchorman and award-winning documentarian of Dust to Dust, and returned to Ft. Worth. Brown continued to work as a model until becoming pregnant with their children; Rachel and Ryan (her first pseudonym). 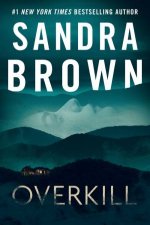 Deadline
by Sandra Brown
24.99
24.99
_% Off
RRP refers to the Recommended Retail Price as set out by the original publisher at time of release.
The RRP set by overseas publishers may vary to those set by local publishers due to exchange rates and shipping costs.
Due to our competitive pricing, we may have not sold all products at their original RRP.