Sharon Kay Penman is an American author of historical novels. She was born in New York, but grew up in New Jersey, where she still lives today. She also keeps a house in the Welsh mountains, after visiting there originally for research for Here Be Dragons.
After receiving her law degree from Rutgers, she later worked as a tax lawyer. Her first book, The Sunne in Splendour, was written when she was still a student, but was significantly modified over the years before it was eventually published in 1982. The 12 years it took (although she was working as a lawyer for most of this time) is a hallmark of her novels. They are meticulously researched and she tries to portray medieval life as if it were everyday life to us today. Many of the sites in her books are actual castles and churches that still exist today, which many of her fans have visited. 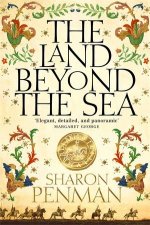 A King's Ransom
by Sharon Penman
9.99
9.99
_% Off
RRP refers to the Recommended Retail Price as set out by the original publisher at time of release.
The RRP set by overseas publishers may vary to those set by local publishers due to exchange rates and shipping costs.
Due to our competitive pricing, we may have not sold all products at their original RRP.