Stephanie Alexander is one of Australia's best-known chefs and food writers - a national treasure who possesses the rare talent of writing as well as she cooks. Originally trained as a librarian, she ran her Melbourne restaurant, Stephanie's, for 21 years before closing in 1997 to concentrate upon other ventures. The restaurant was the recipient of many national and international awards and accolades and was regarded as the quintessential Melbourne experience. Stephanie is now a partner in the Richmond Hill Cafe and Larder. She has long been an outspoken champion of the quality and diversity of Australian produce and the importance of good food in our lives. She has been a guest chef at many of the great world restaurants, including the Ritz Carlton, London's Inn on the Park, and Sydney's The Regent Hotel. In 1994 Stephanie was awarded an Order of Australia for her services to the hospitality industry and tourism, and she received an Australian Achievement Award in 1995.

Stephanie is the author of several best-selling books, including the widely acclaimed Stephanie's Seasons and The Cook's Companion, and she is co-author of the recent Stephanie Alexander & Maggie Beer's Tuscan Cookbook. She also contributes regularly to The Age and Good Weekend Magazine. Her next project is to produce and present a seven-part television series on Australian food and wine for ABC Television 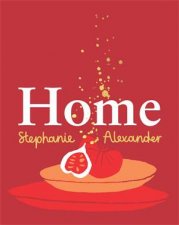 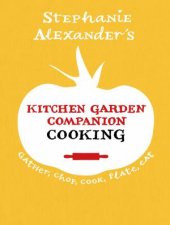 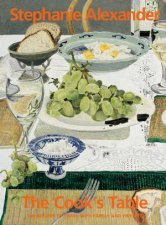 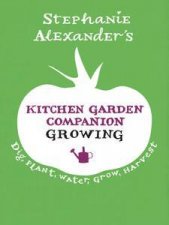 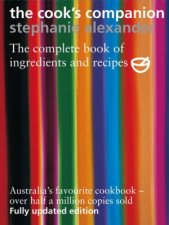 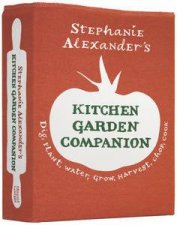 Stephanie Alexander's Kitchen Garden Companion
by Stephanie Alexander
125.00
125.00
_% Off
RRP refers to the Recommended Retail Price as set out by the original publisher at time of release.
The RRP set by overseas publishers may vary to those set by local publishers due to exchange rates and shipping costs.
Due to our competitive pricing, we may have not sold all products at their original RRP.