After training as a graphic artist, Stephen Dando-Collins worked in advertising in Australia and Britain as a graphic designer, copywriter, creative director, and senior advertising agency executive. An independent marketing consultant for some years, he ran the Australian operations of an American market research company before moving to Noosa Heads, where he now writes full time.

He is the author of the acclaimed CAPTAIN BLIGH'S OTHER MUTINY and a successful series of popular histories about the legions of ancient Rome published in the US, UK, and Australia: CAESAR'S LEGION, NERO'S KILLING MACHINE , CLEOPATRA'S KIDNAPPERS, MARK ANTONY'S HEROES. He is also the author of the American history STANDING BEAR IS A PERSON. This book has been optioned by Hollywood filmmakers. His historical novel THE INQUEST, was published in the US, Canada, Spain and Italy. 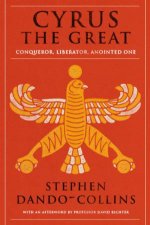 Heroes Of Hamel: The Australians And Americans Whose WWI Victory Changed Modern Warfare
by Stephen Dando-Collins
34.99
34.99
_% Off

The Hero Maker: A Biography Of Paul Brickhill: The Australian Behind The Legendary Stories: The Dam Busters, The Great Escape And Reach For The Sky
by Stephen Dando-Collins
34.99
34.99
_% Off

Pasteur's Gambit
by Stephen Dando-Collins
34.99
34.99
_% Off
RRP refers to the Recommended Retail Price as set out by the original publisher at time of release.
The RRP set by overseas publishers may vary to those set by local publishers due to exchange rates and shipping costs.
Due to our competitive pricing, we may have not sold all products at their original RRP.