Stephen Edward Ambrose was born in 1936. He was an American historian and biographer of U.S. Presidents Eisenhower and Nixon. He was a long time professor of history at the University of New Orleans and the author of many best selling volumes of American popular history. Beginning late in his life and continuing after his death, however, controversial reports surfaced suggesting long time patterns of plagiarism, falsification, and inaccuracies in many of his published writings and other work. In response to one of the early reports, Ambrose said he was not "out there stealing other people's writings." His international bestseller Band of Brothers is now a series produced by Tom Hanks and Steven Spielberg. Ambrose died in October 2002. 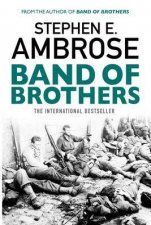 Citizen Soldiers: From The Normandy Beaches To The Surrender Of Germany
by Stephen E Ambrose
22.99
4.99
78% Off 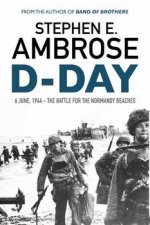 The Victors: The Men Of WWII
by Stephen E Ambrose
22.99
4.99
78% Off
RRP refers to the Recommended Retail Price as set out by the original publisher at time of release.
The RRP set by overseas publishers may vary to those set by local publishers due to exchange rates and shipping costs.
Due to our competitive pricing, we may have not sold all products at their original RRP.