Stephen Hunter is a Pulitzer-prize winning newspaperman who has written several best-selling novels and has recently retired from reviewing movies for the Washington Post.

His 2010 novel, I, Sniper, has garnered the "grand slam" of fiction - rave, pre-release reviews from all four major reviewers in America (Publisher's Weekly, Booklist, Kirkus and Library Journal). His novel Point of Impact, was made into the movie "Shooter", grossing over $150-million for its producers. 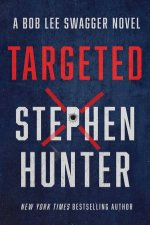 Basil's War
by Stephen Hunter
29.99
29.99
_% Off
RRP refers to the Recommended Retail Price as set out by the original publisher at time of release.
The RRP set by overseas publishers may vary to those set by local publishers due to exchange rates and shipping costs.
Due to our competitive pricing, we may have not sold all products at their original RRP.