Steve was introduced to nature through the underwater world at age nine, and soon became a keen spearfishing enthusiast. During the fifties and sixties, Australians' attitude to the environment was vastly different than it is today. When I was a kid, there were gun shops on every city street corner. Today, book and camera shops line the streets, Parish explains.

Steve was only sixteen when he met his mentor, underwater photographer Igo Oak. It was then that his fascination with marine life was transferred from hunting with a spear gun to recording his discoveries on film. Despite being young and inexperienced, the idea of being able to share his discoveries with others was captivating; although his earliest efforts were on the blurry side. 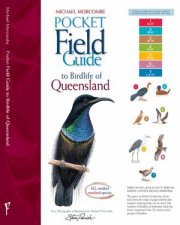 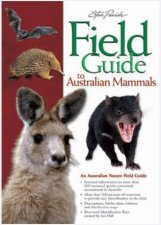 Field Guide To Australian Mammals
by Steve Parish
39.95
39.95
_% Off
RRP refers to the Recommended Retail Price as set out by the original publisher at time of release.
The RRP set by overseas publishers may vary to those set by local publishers due to exchange rates and shipping costs.
Due to our competitive pricing, we may have not sold all products at their original RRP.