Since 1991, Suzanne Collins has been busy writing for children's television. She has worked on the staffs of several Nickelodeon shows. For preschool viewers, she penned multiple stories for the Emmy-nominated Little Bear and Oswald. She also co-wrote the critically acclaimed Rankin/Bass Christmas special, Santa, Baby! Most recently she was the Head Writer for Scholastic Entertainment's Clifford's Puppy Days.

While working on a Kids WB show called Generation O! she met children's author James Proimos, who talked her into giving children's books a try. Thinking one day about Alice in Wonderland, she was struck by how pastoral the setting must seem to kids who, like her own, lived in urban surroundings. In New York City, you're much more likely to fall down a manhole than a rabbit hole and, if you do, you're not going to find a tea party. What you might find...? Well, that's the story of Gregor the Overlander, the first book in her five-part fantasy/war series, The Underland Chronicles.

At present, Suzanne is hard at work on the third book in her sci-fi series, The Hunger Games. She currently lives in Connecticut with her family and a pair of feral kittens they adopted from their backyard. 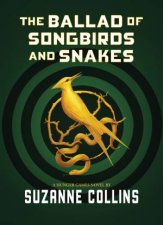 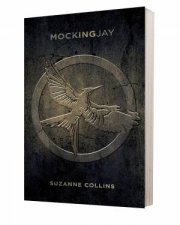 Mockingjay - Adult Ed.
by Suzanne Collins
19.99
19.99
_% Off
RRP refers to the Recommended Retail Price as set out by the original publisher at time of release.
The RRP set by overseas publishers may vary to those set by local publishers due to exchange rates and shipping costs.
Due to our competitive pricing, we may have not sold all products at their original RRP.