Sylvia Browne was born in Kansas City, Missouri. At three years old, Sylvia's psychic powers were revealed when she announced that her grandfather was dead (he was), and that she would have a baby sister in three years.

Just as predicted, Sharon was born one month short of Sylvia's sixth birthday. Sylvia's grandmother, Ada Coil, was herself a medium; and Celeste, Sylvia's mother, grew up in a home where visions were commonplace. Although she herself was not psychic, Celeste accepted it as normal, if somewhat annoying. She did not welcome more eccentricity in her life, however, and would do nothing to encourage it in her daughter. Their lifelong relationship was strained, but Sylvia's relationship with her father was very close and loving.

Sylvia Browne is the #1 New York Times best-selling author and world-famous psychic who appears regularly on the Montel Williams Show and Larry King Live, as well as making countless other media and public appearances. She is also the president of the Sylvia Browne Corporation, and founder of her church, the Society of Novus Spirit - which celebrated its 20th anniversary in 2006. With her down-to-earth personality and great sense of humor, Sylvia thrills audiences on her lecture tours - and she's still found the time to write a number of immensely popular books (she has a master's degree in English literature). Sylvia lives in California and plans to write as long as she can.

Mystical Traveller: How to Advance to a Higher Level of Spirituality
by Sylvia Browne
29.95
29.95
_% Off 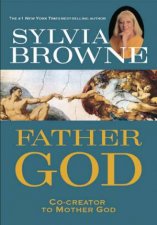 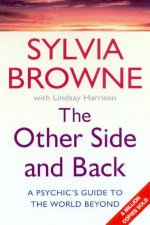 The Other Side And Back: A Psychic's Guide To The World Beyond
by Sylvia Browne & Lindsay Harrison
26.99
26.99
_% Off
RRP refers to the Recommended Retail Price as set out by the original publisher at time of release.
The RRP set by overseas publishers may vary to those set by local publishers due to exchange rates and shipping costs.
Due to our competitive pricing, we may have not sold all products at their original RRP.