Sylvie Simmons is a London-born, San Francisco based music journalist, named as a "principal player" in Paul Gorman's book on the history of the rock music press In Their Own Write.

A widely regarded writer and rock historian, she is one of very few women to be included among the predominantly male rock elite. She is also the author of a number of books, including biography and cult fiction.

Simmons worked on her major biography of Leonard Cohen for most of the three-year period from 2009 to 2012. The book, I'm Your Man: The Life of Leonard Cohen, was published in September 2012. 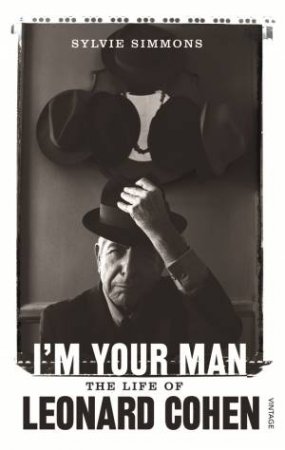 I'm Your Man: The Life Of Leonard Cohen
Sylvie Simmons
$24.99
RRP refers to the Recommended Retail Price as set out by the original publisher at time of release.
The RRP set by overseas publishers may vary to those set by local publishers due to exchange rates and shipping costs.
Due to our competitive pricing, we may have not sold all products at their original RRP.