Ted Dekker is a New York Times best-selling author best known for suspense and thriller novels, though he has also made a name for himself among fantasy fans. Early in his career he wrote a number of books with spiritual themes that would best be categorized as religious fiction. His later works are a mix of mainstream novels such as Adam, Thr3e, Skin, Obsessed and BoneMan's Daughters; and fantasy thrillers that metaphorically explore faith. Best known among these are his Circle Series (Black, Red, White, Green), The Lost Books (Chosen, Infidel, Renegade, Chaos, Lunatic, Elyon), and The Paradise Books (Showdown, Saint, Sinner, House (with Frank Peretti), and Skin. 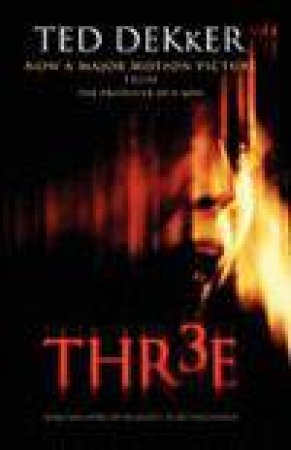 Thr3e
Ted Dekker
$27.99
RRP refers to the Recommended Retail Price as set out by the original publisher at time of release.
The RRP set by overseas publishers may vary to those set by local publishers due to exchange rates and shipping costs.
Due to our competitive pricing, we may have not sold all products at their original RRP.