The Dalai Lama is the spiritual and political leader of the Tibetan people according to Tibetan Buddhism. Often referred to simply as "His Holiness" (HH), or "His Holiness The Dalai Lama", Tibetans usually call the Dalai Lama by the epithets Gyalwa Rinpoche, meaning "Precious Victor", or Yishin Norbu, meaning "Wish-fulfilling Jewel." "Lama" (meaning "teacher") is a title given to many different ranks of Tibetan Buddhist clergy.

The Dalai Lama is believed to be the current incarnation of a long line of Tulkus, or Buddhist Masters, who have become exempt from the wheel of death and rebirth. These ascended masters have chosen of their own free will to be reborn to this place in order to teach humanity.

Between the 17th century and 1959, the Dalai Lama was the head of the Tibetan Government, administering a large portion of the country from the capital Lhasa, although the extent of the lineage's political authority and rulership over territory has been contested. Since 1959, the Dalai Lama has presided over the Central Tibetan Administration, which is based in Dharamshala, a small town in the foothills of the Himalayas in northern India, considering itself to be a government in exile. The Dalai Lama is often thought to be the head of the Gelug School, but this position officially belongs to the Ganden Tripa, which is a temporary position appointed by the Dalai Lama (who in practice exerts more influence). 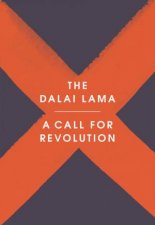 An Open Heart: Practising Compassion In Everyday Life
by The Dalai Lama
24.99
24.99
_% Off
RRP refers to the Recommended Retail Price as set out by the original publisher at time of release.
The RRP set by overseas publishers may vary to those set by local publishers due to exchange rates and shipping costs.
Due to our competitive pricing, we may have not sold all products at their original RRP.