Defeated by shattering news after only just surviving the Shadow Fae, Marla abandons both Faera and her future role as Queen. With King Telophy's aid, she returns to Earth, to the human family she knows and loves.

But nothing is ever simple.

With their immortality looming, Marla and her twin Lysander are soon plunged into a world they never knew exisited, a world of magic, violence... and lust, where a simple mistake could have devastating consequences.

Meanwhie, the shadow fae are causing havoc on a breathtaking scale with Marla's loved ones facing dire peril. 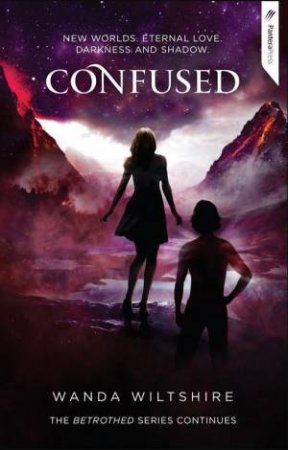 Confused
Wanda Wiltshire
$19.99
RRP refers to the Recommended Retail Price as set out by the original publisher at time of release.
The RRP set by overseas publishers may vary to those set by local publishers due to exchange rates and shipping costs.
Due to our competitive pricing, we may have not sold all products at their original RRP.