Wendy Mass is the author of ten novels for young people (which have been translated into 13 languages and nominated for 45 state book awards), including A Mango-Shaped Space, Leap Day, the Twice Upon a Time fairy tale series, Every Soul a Star, 11 Birthdays, Heaven Looks a Lot Like the Mall, Jeremy Fink and the Meaning of Life, and Finally. Her most recent book is The Candymakers. Wendy wrote the storyline for an episode of the television show Monk, entitled "Mr. Monk Goes to the Theatre," which aired during the show's second season. She tells people her hobbies are hiking and photography, but really they're collecting candy bar wrappers and searching for buried treasure with her metal detector. She lives with her family in New Jersey. 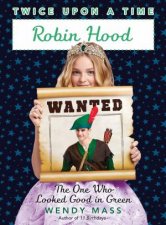 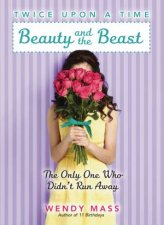 Beauty and the Beast
by Wendy Mass
19.99
19.99
_% Off
RRP refers to the Recommended Retail Price as set out by the original publisher at time of release.
The RRP set by overseas publishers may vary to those set by local publishers due to exchange rates and shipping costs.
Due to our competitive pricing, we may have not sold all products at their original RRP.