Agatha Christie is the world's best known mystery writer. Her books have sold over a billion copies in the English language and another billion in 44 foreign languages. She is the most widely published author of all time in any language, outsold only by the Bible and Shakespeare.

Her writing career spanned more than half a century, during which she wrote 79 novels and short story collections, as well as 14 plays, one of which, The Mousetrap, is the longest-running play in history. Two of the characters she created, the brilliant little Belgian Hercule Poirot and the irrepressible and relentless Miss Marple, went on to become world-famous detectives. Both have been widely dramatized in feature films and made-for-TV movies.

Agatha Christie also wrote six romantic novels under the pseudonym Mary Westmacott. As well, she wrote four nonfiction books including an autobiography and an entertaining account of the many expeditions she shared with her archaeologist husband Sir Max Mallowan.

Midwinter Murder: Fireside Mysteries From The Queen Of Crime (Special Edition)
by Agatha Christie
19.99
19.99
_% Off

Midwinter Murder: Fireside Mysteries From The Queen Of Crime (Special Edition)
by Agatha Christie
32.99
32.99
_% Off 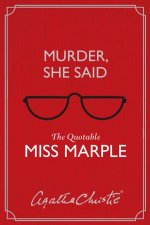 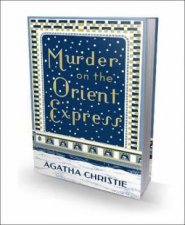 The Unexpected Guest
by Agatha Christie
19.99
19.99
_% Off
RRP refers to the Recommended Retail Price as set out by the original publisher at time of release.
The RRP set by overseas publishers may vary to those set by local publishers due to exchange rates and shipping costs.
Due to our competitive pricing, we may have not sold all products at their original RRP.