After a series of fatal bombings across London, Jack, Scarlet and Mr Doyle are drawn into another baffling case: the reported sighting of a monster loose in the city's underground sewers.

Before they can invstigate, the team must travel to the Alhambra, an ancient fortress in Spain, to hunt down a group of terrorists.

But just as they close in, Jack and Scarlet are kidnapped. With their lives in perilous danger, will Mr Doyle find his young assistants in time?

While back in London, will the monster's true origins be uncovered before it too wreaks deadly destruction across the city? 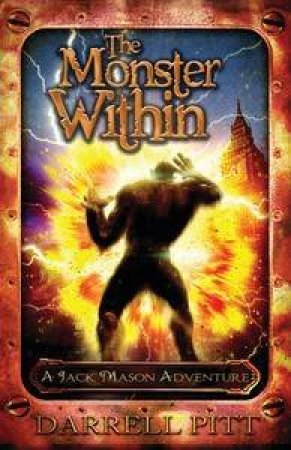 The Monster Within
Darrell Pitt
$16.99
RRP refers to the Recommended Retail Price as set out by the original publisher at time of release.
The RRP set by overseas publishers may vary to those set by local publishers due to exchange rates and shipping costs.
Due to our competitive pricing, we may have not sold all products at their original RRP.