Famous comedian, funniest judge on Britain's Got Talent , irresistible ladykiller and high-achieving sportsman, David Walliams is a man of many talents. Launched to fame with the record-breaking Little Britain, his characters - Lou, Florence, Emily, amongst others - became embedded in our shared popular culture.

You couldn't enter a playground for a long while without hearing 'eh, eh, eh' or 'computer says no'. Yet Walliams is a mystery. Often described as a bundle of contradictions, he is disarming and enigmatic, playing up his campness one minute and hinting about his depression the next. To read Camp David is to be truly shocked, as well as tickled pink, as Walliams bares his soul like never before and reveals a fascinating and complex mind.

This searingly honest autobiography is a true roller-coaster ride of emotions, as this nation's sweetheart unlocks closely guarded secrets that until now have remained hidden in his past. 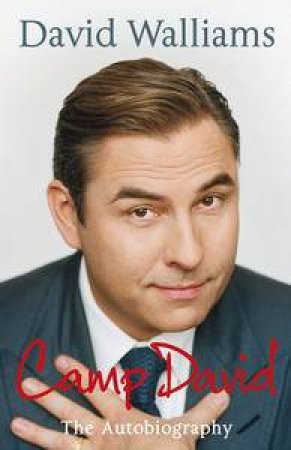 Hardcover
Camp David
David Walliams
$39.99
RRP refers to the Recommended Retail Price as set out by the original publisher at time of release.
The RRP set by overseas publishers may vary to those set by local publishers due to exchange rates and shipping costs.
Due to our competitive pricing, we may have not sold all products at their original RRP.