In August 2000 Karl was one of first eight Australian Apple Masters to be announced (there are fewer than 100 in the entire world). The Apple Masters Program celebrates the achievements of people who are changing the world through their passion and vision, while inspiring new approaches to creative thinking.

In 2002, Dr Karl was honoured with the prestigious Ig Nobel prize awarded by Harvard University in the USA for his ground-breaking research into Belly Button Lint and why it is almost always blue.

In September 2003, Dr Karl was bestowed with the great honour of being named ‘Australian Father of the Year’.

In 2012 Karl was delighted to have Asteroid 18412 named after him. Asteroid Dr Karl/18412 was discovered by Robert H. McNaught at the Siding Spring Observatory in Coonabarabran, New South Wales, Australia, on June 13, 1993.

In 2016 Dr Karl was awarded an Honorary Doctorate from the University of the Sunshine Coast. 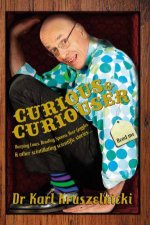 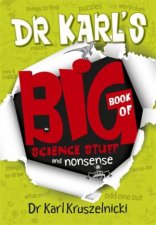 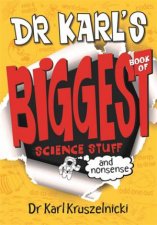 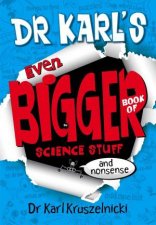 Dr Karl's Even Bigger Book of Science Stuff And Nonsense
by Dr Karl Kruszelnicki
18.99
18.99
_% Off
RRP refers to the Recommended Retail Price as set out by the original publisher at time of release.
The RRP set by overseas publishers may vary to those set by local publishers due to exchange rates and shipping costs.
Due to our competitive pricing, we may have not sold all products at their original RRP.