Elizabeth discovered her taste for good food and wine when, as a student at the Sorbonne, she lived with a French family for two years. After returning to England she made up her mind to learn to cook, so that she could reproduce for herself and her friends some of the food that she had come to appreciate in France. Subsequently Mrs David lived and kept house in France, Italy, Greece, Egypt and India, learning the local dishes and cooking them in her own kitchen.

Her first book, Mediterranean Food, appeared in 1950, when rationing was still in force and most of the ingredients she so lovingly described were not available. At the time her book was read rather than used, and created in its readers a yearning both for good ingredients and for a way of life that saw more in food and cooking than mere sustenance. French Country Cooking followed in 1951, Italian Food in 1954 and Summer Cooking in 1955, all of which were received with equal critical acclaim. The publication of French Provincial Cooking in 1960 confirmed Mrs David's position as the most inspirational and influential cookery writer in the English language.

By 1964 all five books were in Penguin paperback and were accessible to a new generation, who no longer had much difficulty buying garlic, saffron, basil, olives, aubergines, fresh figs or apricots, and who found Elizabeth David's philosophy of simplicity, authenticity, knowledge and care greatly to their liking. She became the guru for a new generation of chefs too, both at home and, notably, in California. 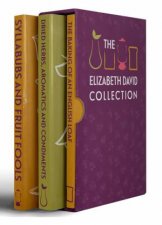 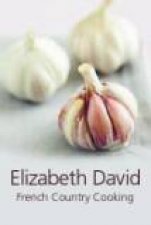 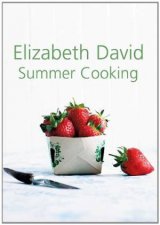 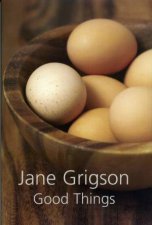 Elizabeth David Classics
by ELIZABETH DAVID
29.99
29.99
_% Off
RRP refers to the Recommended Retail Price as set out by the original publisher at time of release.
The RRP set by overseas publishers may vary to those set by local publishers due to exchange rates and shipping costs.
Due to our competitive pricing, we may have not sold all products at their original RRP.