He is best known for the novel Dune and its five sequels. The Dune saga, set in the distant future and taking place over millennia, dealt with themes such as human survival and evolution, ecology, and the intersection of religion, politics, and power, and is widely considered to be among the classics in the field of science fiction. 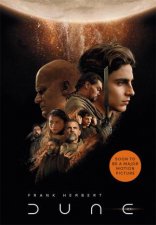 Chapter House
by Frank Herbert
22.99
22.99
_% Off
RRP refers to the Recommended Retail Price as set out by the original publisher at time of release.
The RRP set by overseas publishers may vary to those set by local publishers due to exchange rates and shipping costs.
Due to our competitive pricing, we may have not sold all products at their original RRP.