John Connolly was born in Dublin, Ireland in 1968 and has, at various points in his life, worked as a journalist, a barman, a local government official, a waiter and a dogsbody at Harrods department store in London. He studied English in Trinity College, Dublin and journalism at Dublin City University, subsequently spending five years working as a freelance journalist for The Irish Times newspaper, to which he continues to contribute.

His first novel, Every Dead Thing, was published in 1999, and introduced the character of Charlie Parker, a former policeman hunting the killer of his wife and daughter. Dark Hollow followed in 2000 and the third Parker novel, The Killing Kind, is published in Australia in February 2001.

John Connolly is based in Dublin but divides his time between his native city and the United States, where each of his novels has been set 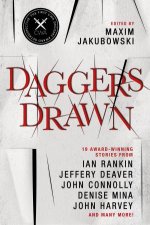 Nocturnes
by John Connolly
26.99
26.99
_% Off
RRP refers to the Recommended Retail Price as set out by the original publisher at time of release.
The RRP set by overseas publishers may vary to those set by local publishers due to exchange rates and shipping costs.
Due to our competitive pricing, we may have not sold all products at their original RRP.