John Michael Crichton (October 23, 1942 November 4, 2008) was an American author, producer, director, screenwriter, and physician, best known for his work in the science fiction, medical fiction, and thriller genres. His books have sold over 150 million copies worldwide, and many have been adapted into films. In 1994 he became the only creative artist to ever have works simultaneously charting at #1 in television, as creator of ER; in film, with the adaptation of Jurassic Park; and in book sales, with Disclosure.

His literary works were usually based on the action genre and heavily feature technology. His novels epitomised the techno-thriller genre of literature, often exploring technology and failures of human interaction with it, especially resulting in catastrophes with biotechnology. Many of his future history novels have medical or scientific underpinnings, reflecting his medical training and science background. He was the author of The Andromeda Strain, Congo, Disclosure, Rising Sun, Sphere, Timeline, State of Fear, Airframe, Prey, Next (the final book published before his death), Pirate Latitudes (to be published November 24, 2009), a final unfinished techno-thriller to be released sometime in the fall of 2010, and Travels. 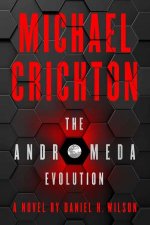 Jurassic Park - Film Tie-In
by Michael Crichton
14.99
14.99
_% Off
RRP refers to the Recommended Retail Price as set out by the original publisher at time of release.
The RRP set by overseas publishers may vary to those set by local publishers due to exchange rates and shipping costs.
Due to our competitive pricing, we may have not sold all products at their original RRP.