Will took an oath when he joined the Ranger Corps. Does it mean nothing to him now?

After a senseless tragedy destroys his life, Will is obsessed with punishing those responsible – even if it means leaving the Ranger Corps. His worried friends must find a way to stop him taking such a dark path.
It is Halt who suggests the solution: Will must take an apprentice. The candidate Halt has in mind surprises everyone – and it's a request Will cannot refuse.

Training a rebellious, unwilling apprentice is hard enough. But when a routine mission uncovers a shocking web of crime, Will must decide where his priorities lie – finishing his quest for revenge, or saving innocent lives?
The final book of the Ranger's Apprentice series raises the stakes higher than ever. Is Will on his last mission for the Ranger Corps? 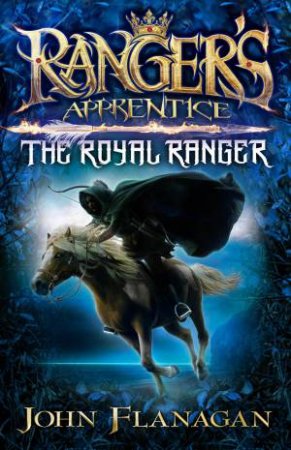 The Royal Ranger
John Flanagan
$17.99
RRP refers to the Recommended Retail Price as set out by the original publisher at time of release.
The RRP set by overseas publishers may vary to those set by local publishers due to exchange rates and shipping costs.
Due to our competitive pricing, we may have not sold all products at their original RRP.