The Battle Of Hackham Heath

When the former Baron Morgarath escaped to avoid punishment for treason, an uneasy peace fell on Araluen. But the Rangers know Morgarath will be planning his next move, and there are rumours he has recruited an army of savage, inhuman creatures. Newly crowned King Duncan must prepare for war.

Halt prepares for a seemingly impossible task – climbing the deadly cliffs of the Mountains of Rain and Night and venturing deep into enemy territory to spy on Morgarath. Meanwhile, Crowley must ensure the Queen's safety as she undertakes her own perilous journey for the sake of her unborn child.

Morgarath's Wargals seem unstoppable against Duncan's depleted army. The winner of this war could be decided by one wrong move. At the Battle of Hackham Heath, the fate of a Kingdom will be decided. 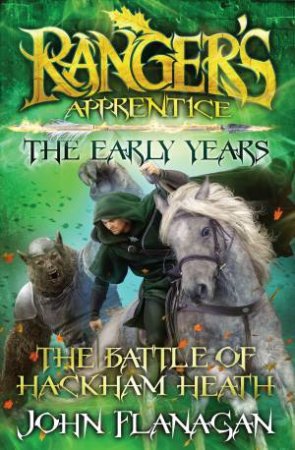 The Battle Of Hackham Heath
John Flanagan
$18.99
RRP refers to the Recommended Retail Price as set out by the original publisher at time of release.
The RRP set by overseas publishers may vary to those set by local publishers due to exchange rates and shipping costs.
Due to our competitive pricing, we may have not sold all products at their original RRP.