Sam Harris is the author of The End of Faith, Letter to a Christian Nation, The Moral Landscape, Free Will and Lying. The End of Faith won the 2005 PEN Award for Nonfiction. Harris is a well-known contemporary critic of religion and proponent of scientific skepticism. He is also an advocate for the separation of church and state, freedom of religion, and the liberty to criticize religion.

Harris's writing has been published in more than 15 languages. He and his work have been discussed in The New York Times, Time, Scientific American, Nature, Newsweek, Rolling Stone, and many other journals. Harris is a cofounder and the CEO of Project Reason, a nonprofit foundation devoted to spreading scientific knowledge and secular values in society. He received a degree in philosophy from Stanford University and a Ph.D. in neuroscience from UCLA. 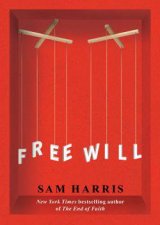 The Moral Landscape
by Sam Harris
22.99
22.99
_% Off
RRP refers to the Recommended Retail Price as set out by the original publisher at time of release.
The RRP set by overseas publishers may vary to those set by local publishers due to exchange rates and shipping costs.
Due to our competitive pricing, we may have not sold all products at their original RRP.