How To Twist A Dragon's Tale

Hiccup Horrendous Haddock III was an awesome sword-fighter, a dragon-whisperer and the greatest Viking Hero who ever lived. But it wasn't always like that.

Hiccup's memoirs look back to when Hiccup was just an ordinary boy, and finding it very hard to be a Hero. Someone has stolen the Fire Egg. Now the Volcano on Volcano Island is active and the tremors are hatching the eggs of the Exterminator dragons! Can Hiccup return the Fire Egg to the Volcano, stop the Volcano from erupting, AND save the Tribes from being wiped out by the terrible sword-claws of the Exterminators? 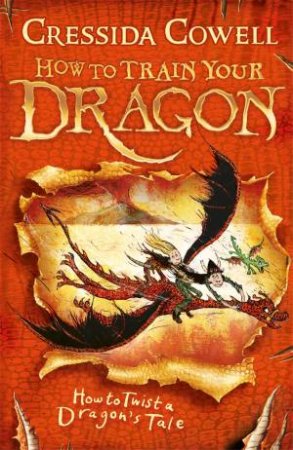 Hiccup How To Twist A Dragon's Tale
Cressida Cowell
$14.99
RRP refers to the Recommended Retail Price as set out by the original publisher at time of release.
The RRP set by overseas publishers may vary to those set by local publishers due to exchange rates and shipping costs.
Due to our competitive pricing, we may have not sold all products at their original RRP.