The first in a new series for young adults, 'Chasing Odysseus' is part of S. D. Gentill's alternative telling of Homer's great Greek classics, The Iliad and The Odyssey. Gentill starts with the classic story of the siege and fall of Troy, and a single character, Agelaus the herder, to create a story about the forgotten mountain tribe, the Herdsmen of Mount Ida. Readers know that the Greeks planted their famous decoy horse outside Troy's gates as a gift, entering unseen when the Trojans wheeled the horse inside. The Greeks slip out of the horse unseen in the dead of night, taking the Trojans by complete surprise, so they have no idea of their enemy's mode of invasion.

In Gentill's tale, the Greek invader, King Odysseus, keeps it that way, instead letting the Trojans think the Herdsmen - their allies - had betrayed them by guiding the Greeks inside through the maze of top-secret tunnels the Herdsmen had used to keep Troy in food through the decade-long siege. Chasing Odysseus then follows an extraordinary journey of Agelaus' four children across land and, in an enchanted boat, across the sea, all to prove their tribe's innocence and to uncover Odysseus' lie. Hero and her three brothers, Cad, Mac and Lycon, battle giants, Sirens and more, risking their lives in an amazing quest that will keep readers on the edges of their seats. 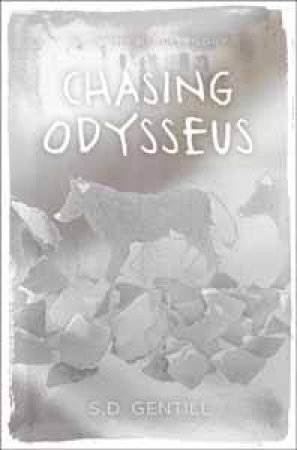 Chasing Odysseus
S.D. Gentill
$19.99
RRP refers to the Recommended Retail Price as set out by the original publisher at time of release.
The RRP set by overseas publishers may vary to those set by local publishers due to exchange rates and shipping costs.
Due to our competitive pricing, we may have not sold all products at their original RRP.