The fourth book of the acclaimed Rowland Sinclair Mysteries. It’s 1933, and the political landscape of Europe is darkening. Eric Campbell, the man who would be Australia’s Führer, is on a fascist tour of the Continent, meeting dictators over cocktails and seeking allegiances in a common cause. Yet the Australian way of life is not undefended. Old enemies have united to undermine Campbell’s ambitions. The clandestine armies of the Establishment have once again mobilised to thwart any friendship with the Third Reich.

But when their man in Munich is killed, desperate measures are necessary.

Now Rowland Sinclair must travel to Germany to defend Australian democracy from the relentless march of Fascism. Amidst the goosestepping euphoria of a rising Nazi movement, Rowland encounters those who will change the course of history. In a world of spies, murderers and despotic madmen, he can trust no-one but an artist, a poet and a brazen sculptress. 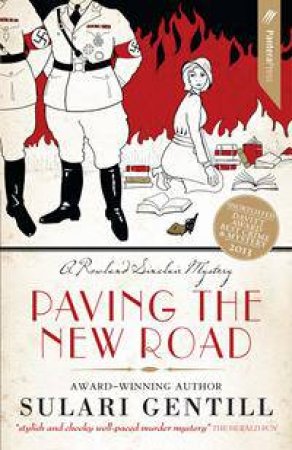 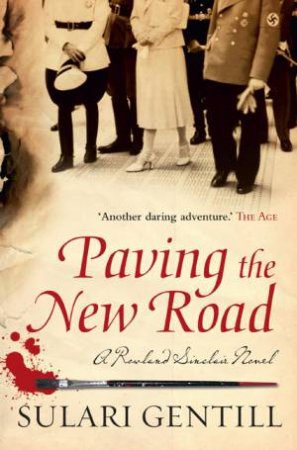 Paving the New Road
Sulari Gentill
$29.99
RRP refers to the Recommended Retail Price as set out by the original publisher at time of release.
The RRP set by overseas publishers may vary to those set by local publishers due to exchange rates and shipping costs.
Due to our competitive pricing, we may have not sold all products at their original RRP.