Young student Joel is fascinated by the magic of Rithmatics, but few have the gift and he is not one of them. Undaunted, Joel persuades Professor Fitch to teach him about this geometric magic. For although Joel can't infuse his protective lines and circles with power, or bring his chalk-drawn creatures to life, he can really understand how it works. However, a daunting test lies ahead, when someone starts kidnapping top Rithmatic students at his school, Armedius Academy.

Since he's not a magic user, Joel appears to be safe and he's desperate to investigate and prove himself. Then people start dying - but can Joel really stop a killer alone? He'll need the help of Rithmatist apprentice Melody, as even more students disappear. Together, they must race to find clues before the killer notices them - and takes them out too. 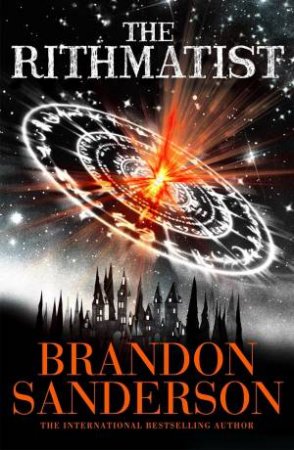 The Rithmatist
Brandon Sanderson
$16.99
RRP refers to the Recommended Retail Price as set out by the original publisher at time of release.
The RRP set by overseas publishers may vary to those set by local publishers due to exchange rates and shipping costs.
Due to our competitive pricing, we may have not sold all products at their original RRP.