Agent Sam Ryan is sick of feeling lonely. It's time to take control and get a life outside of work. But Stephan, her boss, won't let her go easily. Offered the choice between guarding a clone, or remaining stuck in her office, Sam reluctantly accepts the former, even though she suspects Stephan is using her as bait to draw out the dangerous Sethanon.

Gabriel is relieved to discover he's finally shaken Sam as his partner, until he learns her new assignment is guarding Wetherton. He and Stephan know Wetherton could only have come from Hopeworth, the base involved in DNA experiments for decades, where it is more than likely that Sam was created. But there is a growing likelihood that the military base is also the home of Sethanon himself. Gabriel is determined to protect her, yet all too soon he discovers the connection between he and Sam is far deeper than anyone could ever have imagined. 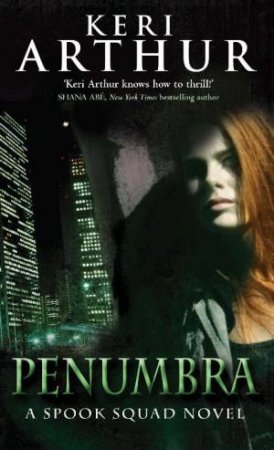 Penumbra
Keri Arthur
$19.99
RRP refers to the Recommended Retail Price as set out by the original publisher at time of release.
The RRP set by overseas publishers may vary to those set by local publishers due to exchange rates and shipping costs.
Due to our competitive pricing, we may have not sold all products at their original RRP.