At his coming of age, Thorvald learns a devastating secret, and steals away on a perilous voyage in search of the father he has never known. His loyal shadow, Creidhe, daughter of a Wolfskin warrior and a wise woman, was never meant to be part of this desperate journey. But Thorvald has underestimated her.The Long Knife people of the Lost Isles are not what the weary travellers were expecting. Suspicious, frightened and ruled by a cruel tyrant, they will not explain why Creidhe must hide her golden hair from sight, or why there are so few children amongst them . . . But then a baby is born, and Creidhe discovers the horrific truth of the curse the vengeful Unspoken have placed on the Long Knife people - and the only possible solution. For the future of the islands depends on a visionary child: the powerful seer of the Unspoken, Foxmask.Snatched away in infancy, the boy is held on the forbidding Isle of Clouds, protected by ancient forces of nature. To return him to the Unspoken and restore peace to the islands, the Long Knife people must endure the annual ritual of the hunt.But there are deeper secrets in this battle for survival, and another way - an unthinkable way - to lift the curse. One that the newcomers discover when it may be too late . . . 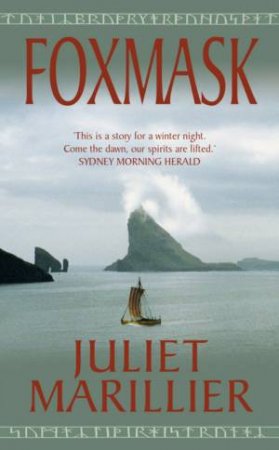 Foxmask
Juliet Marillier
$21.95
RRP refers to the Recommended Retail Price as set out by the original publisher at time of release.
The RRP set by overseas publishers may vary to those set by local publishers due to exchange rates and shipping costs.
Due to our competitive pricing, we may have not sold all products at their original RRP.