Late one evening, an accident near a ring of stones throws Tory Alexander across the vortex of time and space to the Dark Ages. There she meets Prince Maelgwn of Gwynedd and his band of warriors, who initially brand her as a witch and are frightened by her strange appearance. They finally overcome their fears and soon the tales of her adventures, brave deeds and beauty spread across the land.

Twenty years later, Tory Alexander, from the 20th century, has ruled as Queen in 6th century Britain. But dark forces are stirring... Tory seeks the advice of the triple Goddess, and the women of the Otherworld send Tory through time to Plato's City of the Golden Gates - Atlantis. Once there Tory has to find her own way home, and a cure for the High King's sickness.

In an epic climax, the Shining Ones and the Chosen, who are hiding within the circuits of times, gather to defeat the evil ones and bring about a new age of awareness to the world. Yet again, Tory must draw on all of her courage, strength of character and resourcefulness. 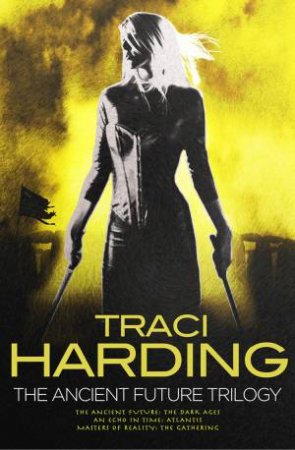 Ancient Future Trilogy
Traci Harding
$29.99
RRP refers to the Recommended Retail Price as set out by the original publisher at time of release.
The RRP set by overseas publishers may vary to those set by local publishers due to exchange rates and shipping costs.
Due to our competitive pricing, we may have not sold all products at their original RRP.