For centuries, the Four Lands enjoyed freedom and peace, protected by a magical barrier from the dark dimension known as the Forbidding. But now the unthinkable is happening: the ancient wards securing the border have begun to erode - and the monstrous creatures imprisoned there are poised to spill forth, seeking their revenge.

Young Elf Arling Elessedil possesses the means to close the breach, but her efforts may be doomed when she is taken captive. The only hope lies with her determined sister Aphen, who bears the Elfstones and commands their magic. Now the fate of their world rests upon her shoulders. . . 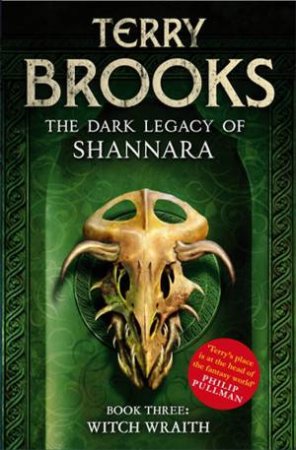 Witch Wraith
Terry Brooks
$19.99
RRP refers to the Recommended Retail Price as set out by the original publisher at time of release.
The RRP set by overseas publishers may vary to those set by local publishers due to exchange rates and shipping costs.
Due to our competitive pricing, we may have not sold all products at their original RRP.